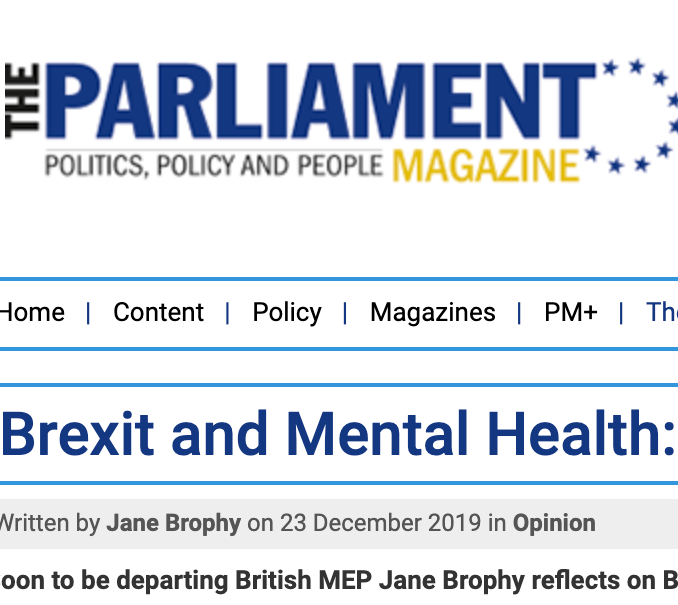 Emmy van Deurzen and Digby Tantam were invited by three MEPs, Seb Dance, Julie Ward, and Jan Brophy to attend a meeting in the European Parliament in Brussels on this topic in December 2019. The data that they presented (in collaboration with Dr. Joel Vos of the Existential Academy who was not present at the meeting) were described by Jane Brophy as “…. emotional, powerful and shocking” .

The full text of Jane’s report, pubiished in ‘The Parliament’, a journal of the European Union, is available here