In the wake of the Brexit vote and Trump’s election victory, SKZ considered the question: “If you can’t laugh, what can you do?” and was disappointed to find that most of the options included actual effort: so he started to write cartoons instead.

This turned out to be less difficult than he thought, because of the sheer volume of suitable material which appears on Twitter in any given hour. He sometimes considers himself a transcriber rather than a creator, because many of his cartoons contain (or are based on) genuine quotes and arguments, and almost all try to reveal the actual meaning behind the words people use.

SKZ is too disabled to do a proper job (though he did have one once, for quite a number of years) and can even find tooning difficult on a bad day. 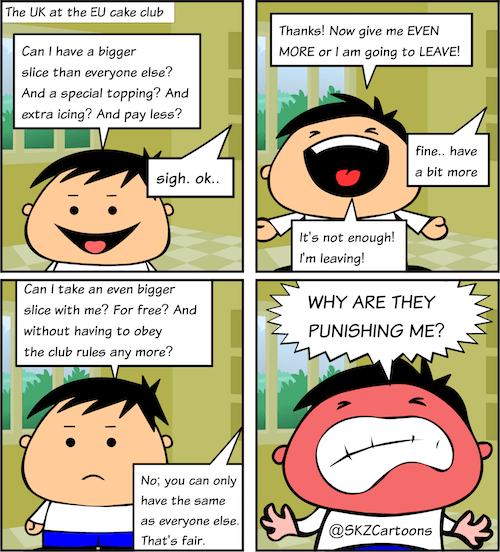