On Saturday 23 June 2018, people came together in droves to march for a ‘People’s Vote’. Brigitte Morton, who took part says that the the march was a civilised, respectful and calm event, in stark contrast to the pro-brexit counter march, which featured aggressive far-right supporters (in much smaller, but still very vocal, numbers).

People shared pictures of the event on social media and a few struck me a signs that ‘the will of the people’ is not at all what our politicians claim it to be. These pictures also show political awarenes at grassroots level, an awareness which those in power probably find disquieting.

One of the pictures in question is of board stating ‘wanted:functioning democracy’. Professor AC Grayling lamented the malfunction of British democracy as highlighted by Brexit in his ‘J’accuse’ article, published by the New European last year. The article made it very clear that antiquated mechanisms make British democracy vulnerable to infiltration by hard right thinking and even subversion. Others, such as Carole Cadwalladr and JJ Patrick, have been reporting about the UK democratic process being hijacked by foreign hostile powers. 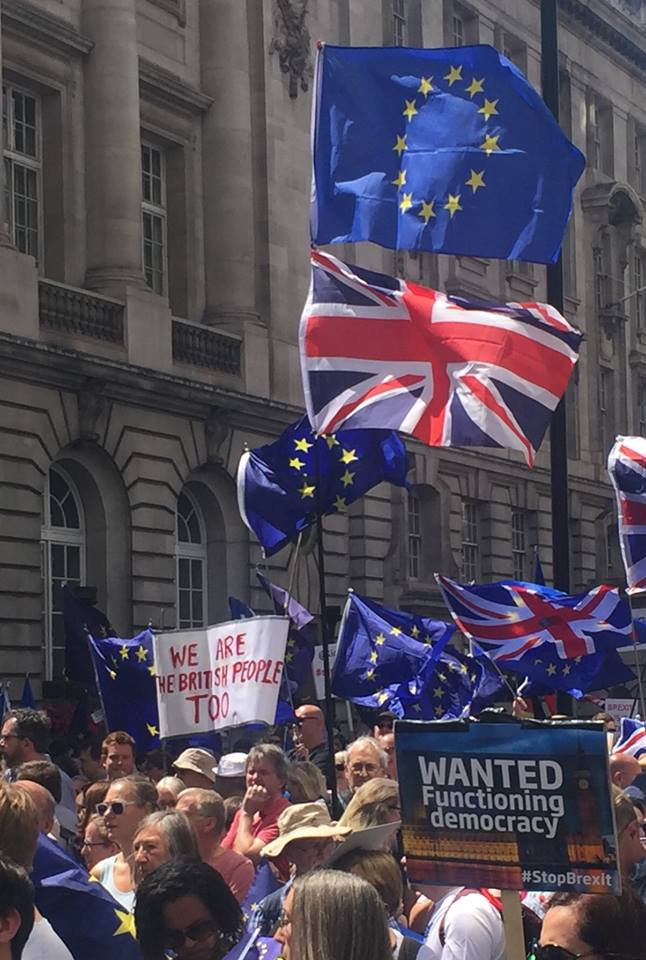 MP Caroline Lucas even spoke of ‘the rot in our democracy’ in parliament.

AC Grayling, JJ Patrick Carole Cadwalladr and Caroline Lucas could be seen as people who have direct access to information and who have the time to reflect upon it.

Now people on a march are walking with a sign stating that they know what’s going on. Even in brexiter parlance, this means ‘the people have spoken’.

We are going through a big turn in history. Information is available to all, via the internet. But we still have old institutions which we have clearly outgrown.

Those in power are aware of that and thus cling on vociferously, as with any swan song.

Brexit, with its isolationist and autocratic tones, is part of that swan song.

Now that ‘the will of the people’ seems to have changed, what will happen? Will British democracy be reborn, functioning?
That is the question that people were asking on the march.

The Met police and organisers Peoples Vote UK, are still unsure of how many walked – but some web sources suggest almost 500,000. The aerial pictures on the web clearly suggest a massive turnout. St James St holds 100,000, Pall Mall holds 200,000. Both were full. And the front of the march had already reached Parliament Square.

Article by Stephanie King, Voices for Europe
Picture by Ingrid Wimart, in limbo group – thank you Ingrid for letting me use your pic.